Nothing is scarier than having no plans for Halloween! Instead of searching for the closest Spirit Halloween near me, jump straight to the good stuff on the Strip. Let us help you plan the best day of the spooky season with the best Halloween events in Las Vegas.

Dine in the Dark during Blackout Dining 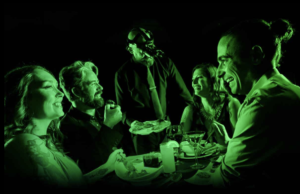 WHEN: Hours vary Thursday through Monday

Grabbing a bite to eat doesn’t sound scary — but doing it in the dark could be. Blackout Dining provides the unique experience of sampling an unknown menu under the cover of total darkness. Don’t worry; the cuisine is delicious and prix fixe, which means that the only decision you have to make is regarding your next drink.

Fun Things To Do in Las Vegas for Halloween

Be delighted by Zombie Burlesque 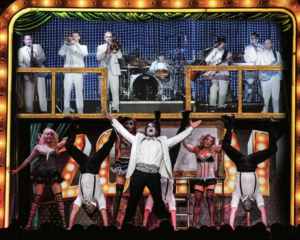 Zombie Burlesque is a haunted and charming revue where the undead are as sexy as they are scary. The dancers are talented and so entertaining to watch, making this an unforgettable night! Catch the show in the Miracle Mile Shops at Planet Hollywood. 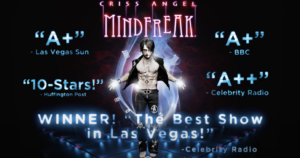 The king of mystery is worth seeing for Halloween in Vegas! Criss Angel’s show series at the Luxor Hotel has a new show to catch. AMYSTIKA features theater director Franco Dragone and the tricks and antics that accompany this ling-standing Vegas residency.

Break free from an escape room There’s a lot of variety in escape rooms, and Halloween is the best time to visit one. Trapped! Is one of many escape room experiences in Las Vegas, where the thrill of working against the clock to avoid certain doom is one family and friends can all enjoy. We recommend the “One Eyed Jack” room for some slasher-horror delights. 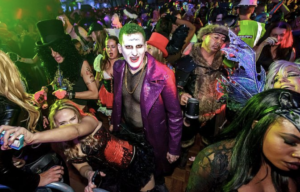 The Palms reopened in mid-2022 and they’re making up for lost time. The Fetish & Fantasy is hosting the wildest Halloween in Vegas with its Sin City Party series. Their 2021 Halloween party was a smash hit, and this year is slated to be even better with more music and mayhem.

WHERE: Locations vary
WHEN: Hours vary

Get the best thrills out on the town with the Halloween Las Vegas clubs and their offerings! LA Epic Club Crawls is hosting its annual Halloween club crawl collection. Choose between three different experiences, ranging from a Fremont Street day crawl to a downtown night series and a Las Vegas Strip trip. We’ll take you around the best spots in the city to try great drinks and dance the night away.

Not sure what to wear? We’ve got you covered. Check out our Halloween dress code guide to dress to impress — or frighten. 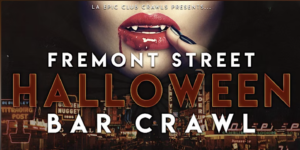 WHERE: Locations vary
WHEN: Hours vary

Get your costumes ready and celebrate Halloween in Downtown Las Vegas, with a Fremont Street Bar Crawl! Receive exclusive perks at the best bars in Old Vegas. Trade in the sweet chocolates with sweet shots and plenty of eye candy!

Not sure what to wear? We’ve got you covered. Check out our Halloween dress code guide to dress to impress — or frighten 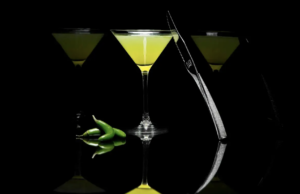 More Strip party spots serve up chilling cocktails and spirits — pun intended. Head to STK at The Cosmopolitan for some spooky concoctions, or visit the closeby Piero’s for their annual brews. Other signature restaurants include Ghostbar at The Palms, to spend your Halloween Las Vegas weekend at a haunted hideaway, and the

Get mysterious at the Mob Museum 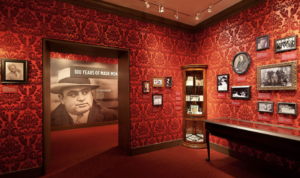 Step back into mobster culture that’s full of its own mysteries. There’s a secret bar in the basement, serving up unique cocktails from the Prohibition era. Before descending down the steps, walk through artifacts and historical tidbits to get in the spirit!

If your cup of tea is creepy under-the-sea fun, then head to Lost Spirits to dive into some amazingly eerie creations. The bar area is a cozy enclave next to the restaurant, where a large nautical table can seat a dozen of your closest friends for a meal. Don’t forget to visit the distillery for some swashbuckling rum samples!

Halloween is a long night, and going between different spots is one of the best ways to spend nights on the Strip. Check out several Sin City hotspots on the epic Las Vegas club crawls on Halloween in Vegas. We’ll see you on Hallow’s Eve!